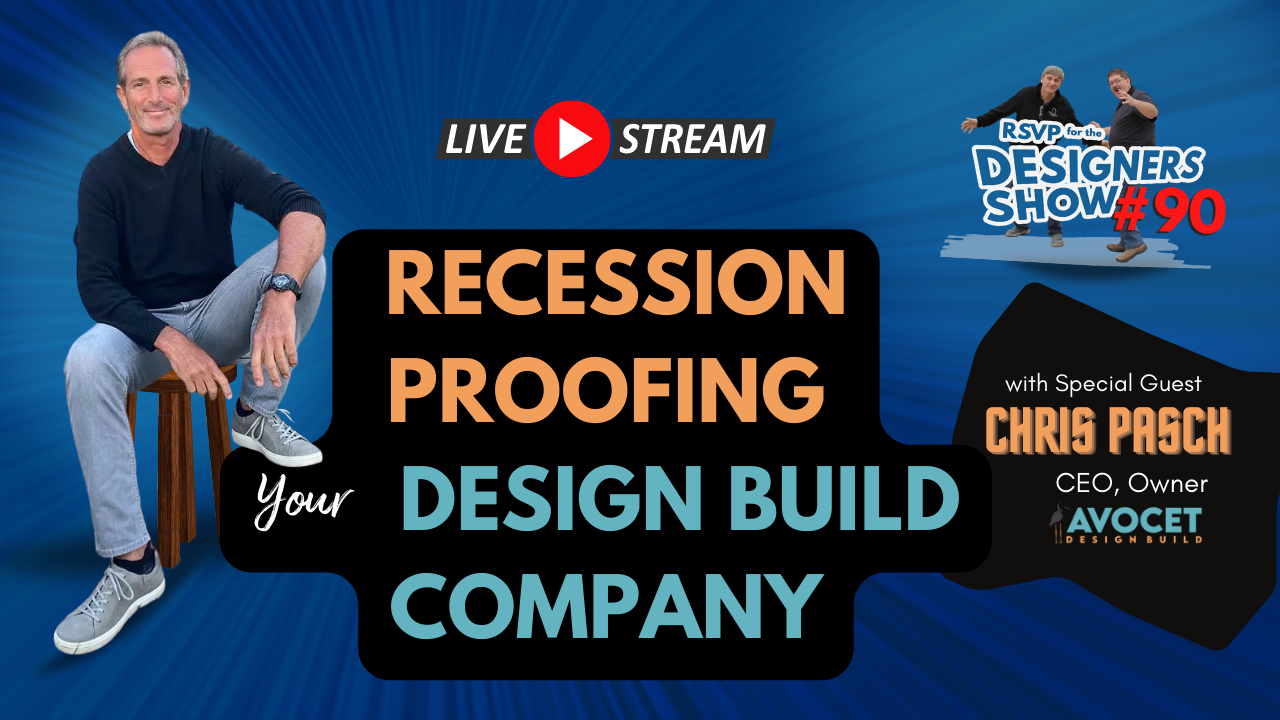 Chris Pasch is our special guest in this Designers Show. Chris is the CEO of Avocet Design Build - a company specializing in kitchens & baths, luxury outdoor living, & additions in Wilmington, NC. Chris is proactive about positioning his company as the contractor of choice in his area. Watch as he shares some valuable tips on recession-proofing your design-build company.