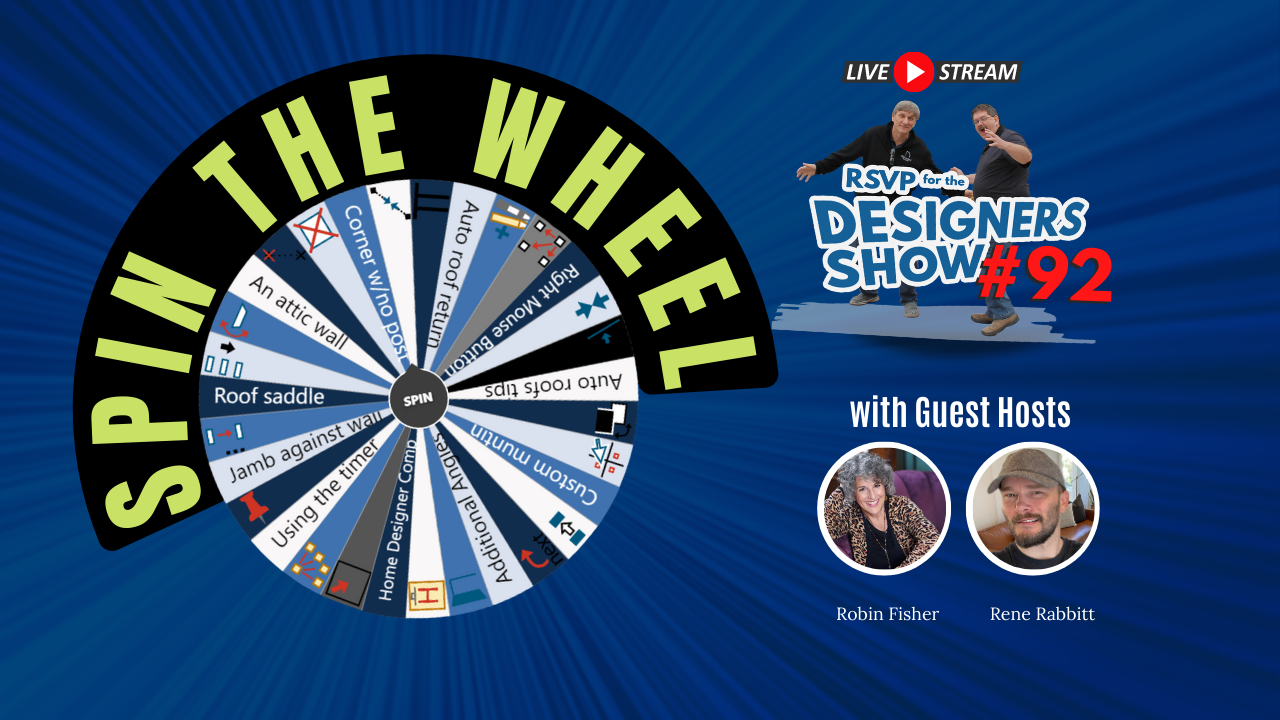 Sometimes it makes sense to learn Chief Architect a little at a time. In this Designers Show, we'll have some fun and spin the wheel to see what topics we'll discuss. Chief has grown into an extensive program, and sometimes the best way to learn it is one icon at a time.